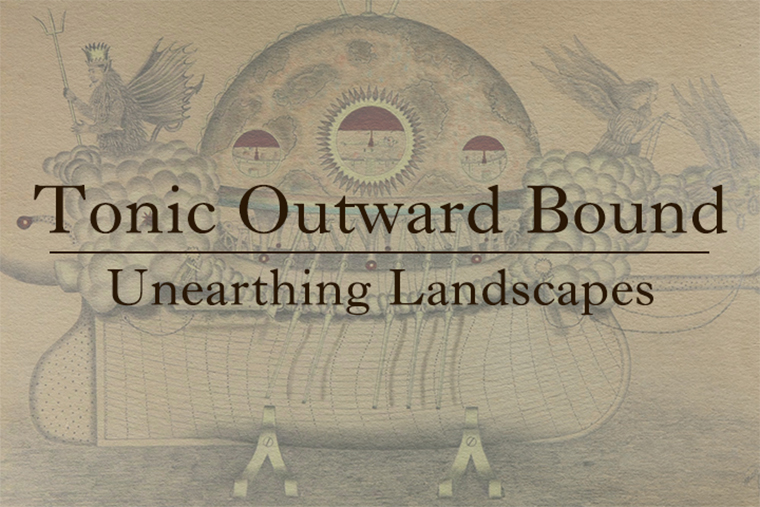 We were invited to the Surrey Unearthed one day symposium ‘Unearthing Landscapes’ held at University of the Creative Arts, to explore themes of community, land, time and material within the context of art.

A diverse range of artists, academics, choreographers and professionals spoke about their work and the importance of the landscape within it. From site-specific dance in caves to wind-driven sound installations on the Surrey coast, the event was stimulating and informative.

The first speaker and Chair of the event was Joy Sleeman, Professor of Art History and Theory at UCL Slade School of Fine Art. Joy is also an editorial board member for ‘Sculpture Journal’ – a leading academic journal for research in sculpture. 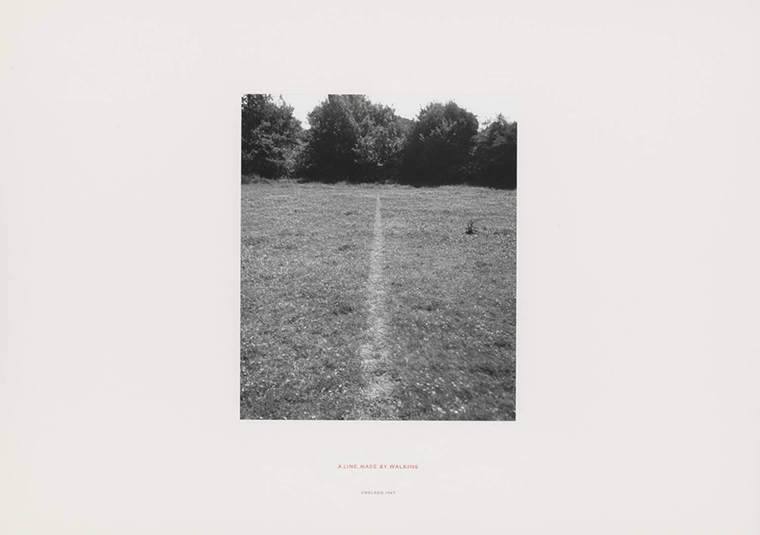 Professor Sleeman’s research concerns the histories of sculpture and landscape, especially land art, a contested field of art practice that continues to inspire artists and provoke debate among scholars. Land art was one of a cluster of new terms that emerged in the late 1960s to describe art works made with a new attitude to an old (and, to some, distinctly old-fashioned) area of art making: landscape. In the 1960s artists began to produce new and challenging works made directly in and of the stuff of the landscape.

One interest of the British land artists of this time was to eschew the scenic. Below is a selection of the land artists Joy spoke about. Links are included for further reading and meandering through the subject. 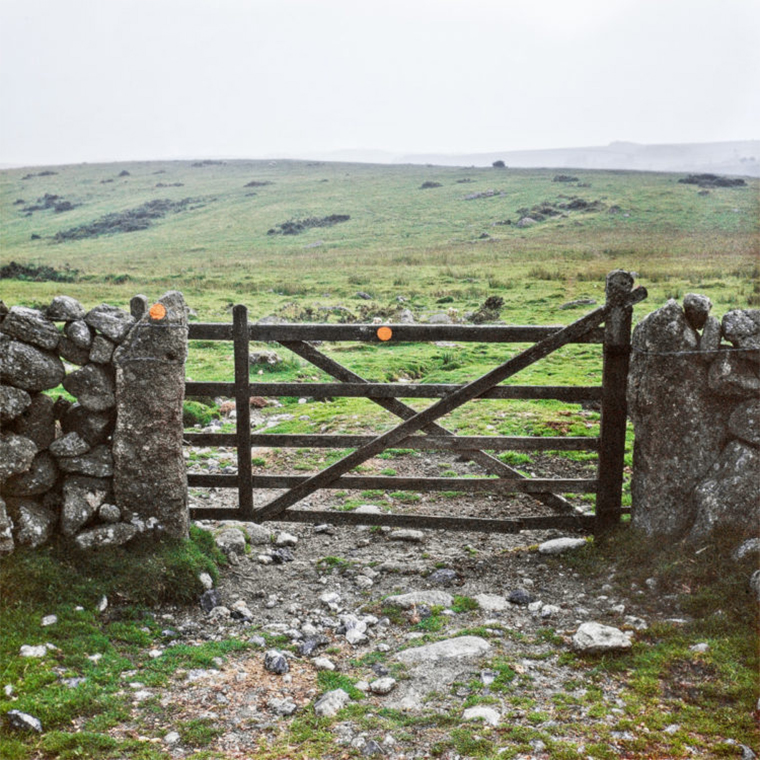 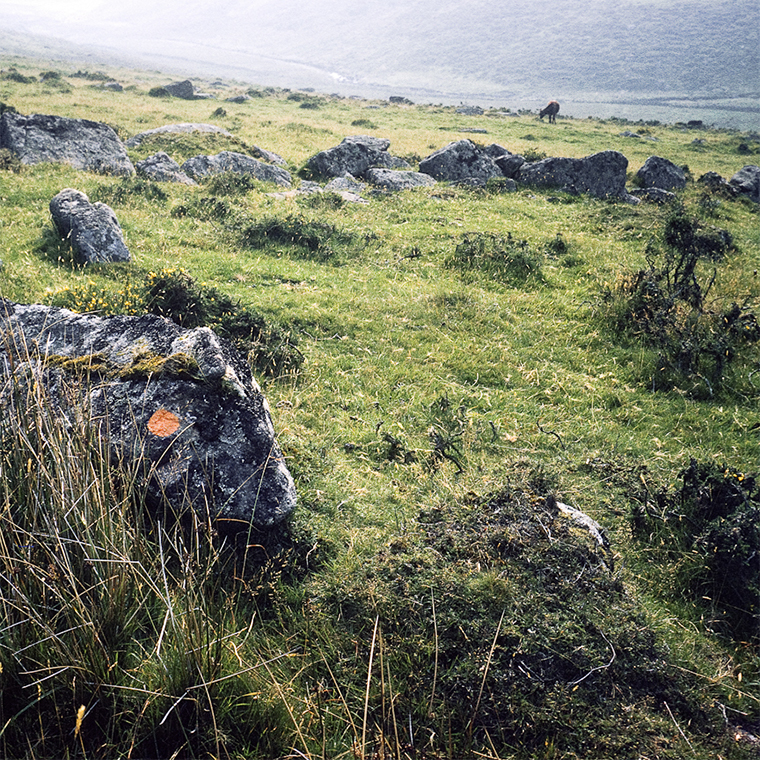 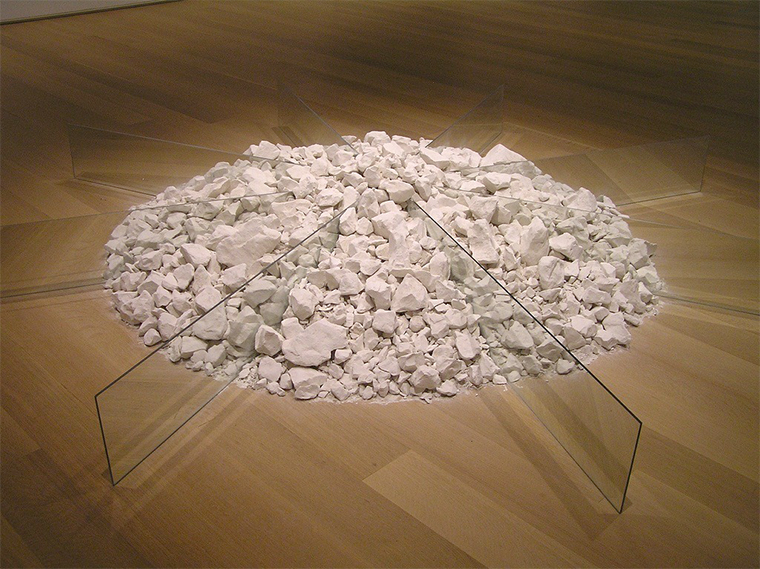 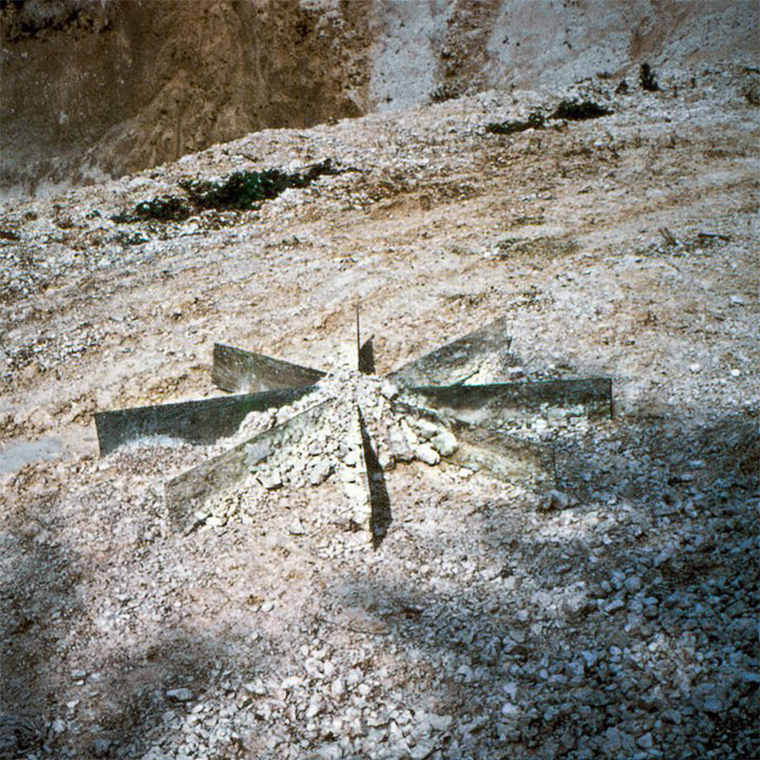 The photograph above of Chalk Mirror Displacement was taken in Oxted chalk pit quarry in Surrey. The artwork works both in situ within the quarry, and in a gallery setting, which is unusual for land art. 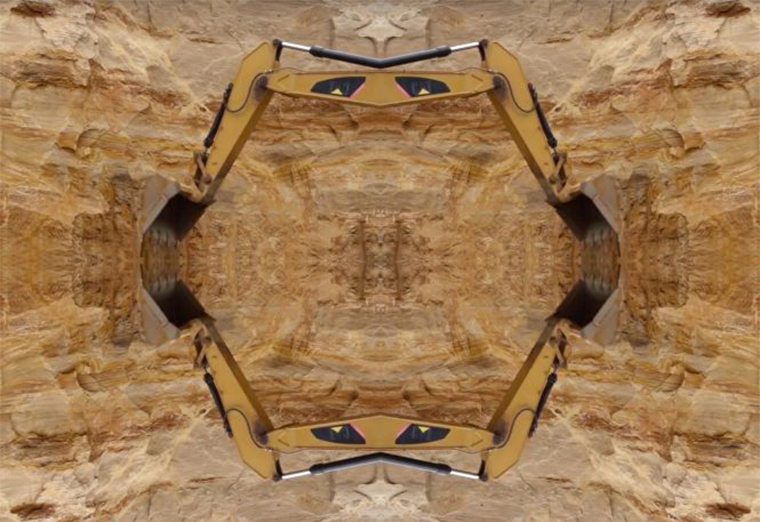 Hamish Fulton (born 1946) is an English walking artist. Since 1972 he has only made works based on the experience of walks. He translates his walks into a variety of media, including photography, illustrations, and wall texts. His work is contained in major museums collections, such as the Tate Britain and MoMA. Since 1994 he has begun practicing group walks. Fulton argues that ‘walking is an artform in its own right’ and argues for wider acknowledgement of walking art. 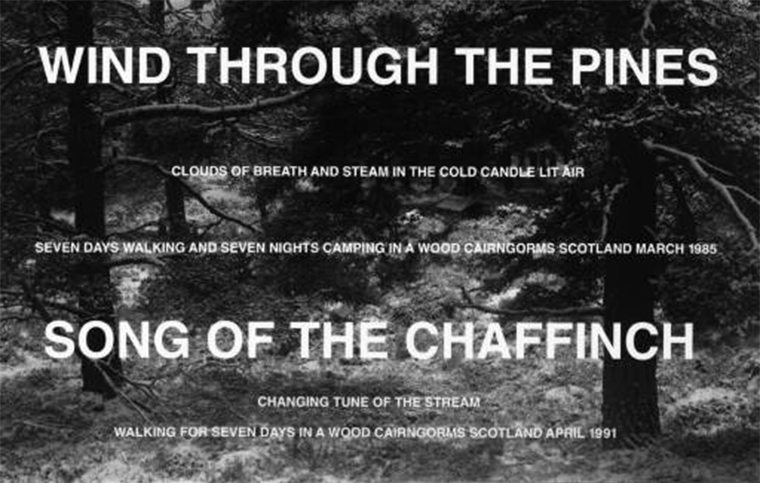 The next speaker was artist and curator Jonathan Parsons. Jonathan has exhibited at Royal Academy and co-curated exhibition for Turner Contemporary.

Jonathan spoke about his artwork ‘Fossil Ocean Floor’, an intervention in the Surrey landscape visible from the train line. 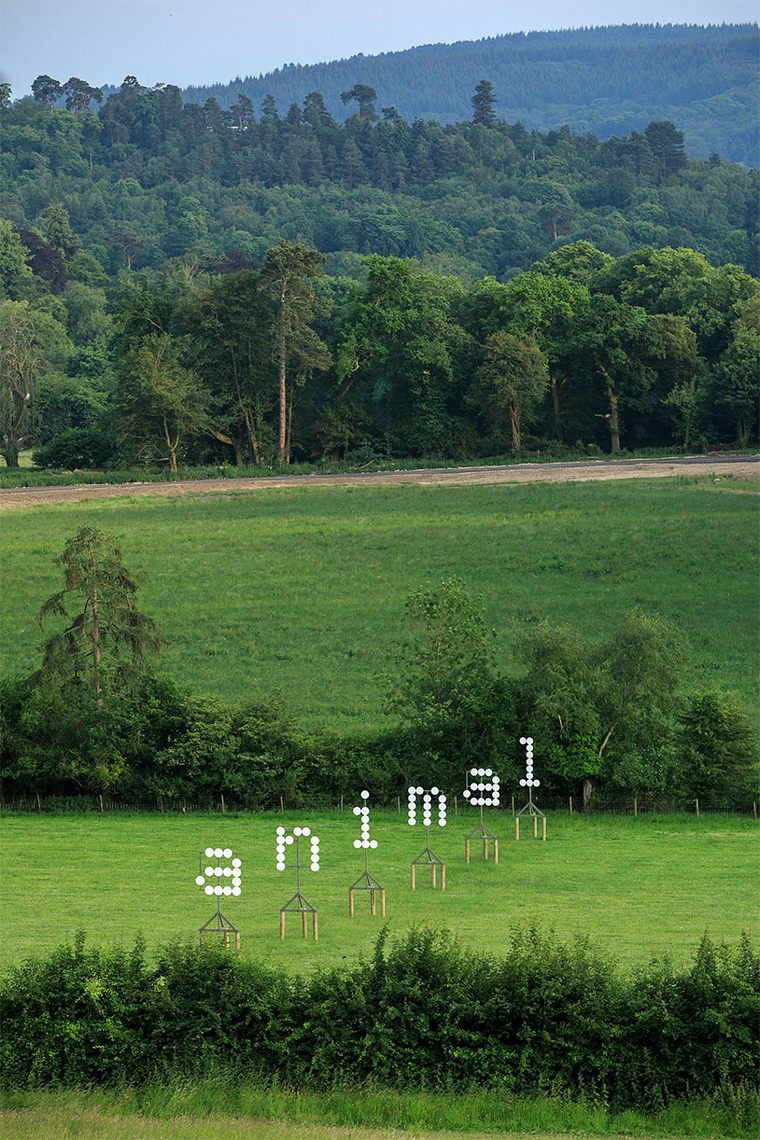 ‘Fossil Ocean Floor’ was created as part of Jonathan Parson’s Horizons, a series of site-specific interventions in the chalk landscape of the northern Surrey Hills. The works use the colour white, inspired by ancient chalk hill figures and is visible from a far distance. Installations, text pieces and projections align in the landscape, with letters composed of a matrix of bright discs and scribble forms displayed on a monumental scale.

The third speaker was artist Mary Branson, best known for her large-scale conceptual light installations. Mary has been artist in residence twice for Watts Gallery, and for HM Prison Service, where she led art classes for women prisoners. 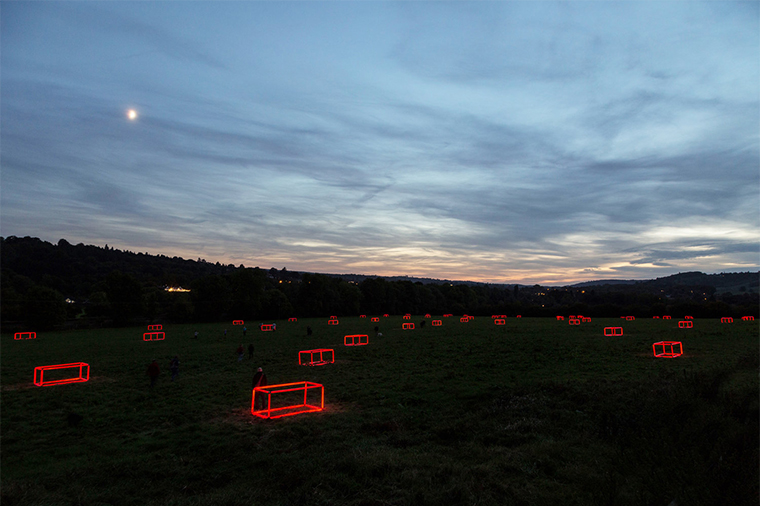 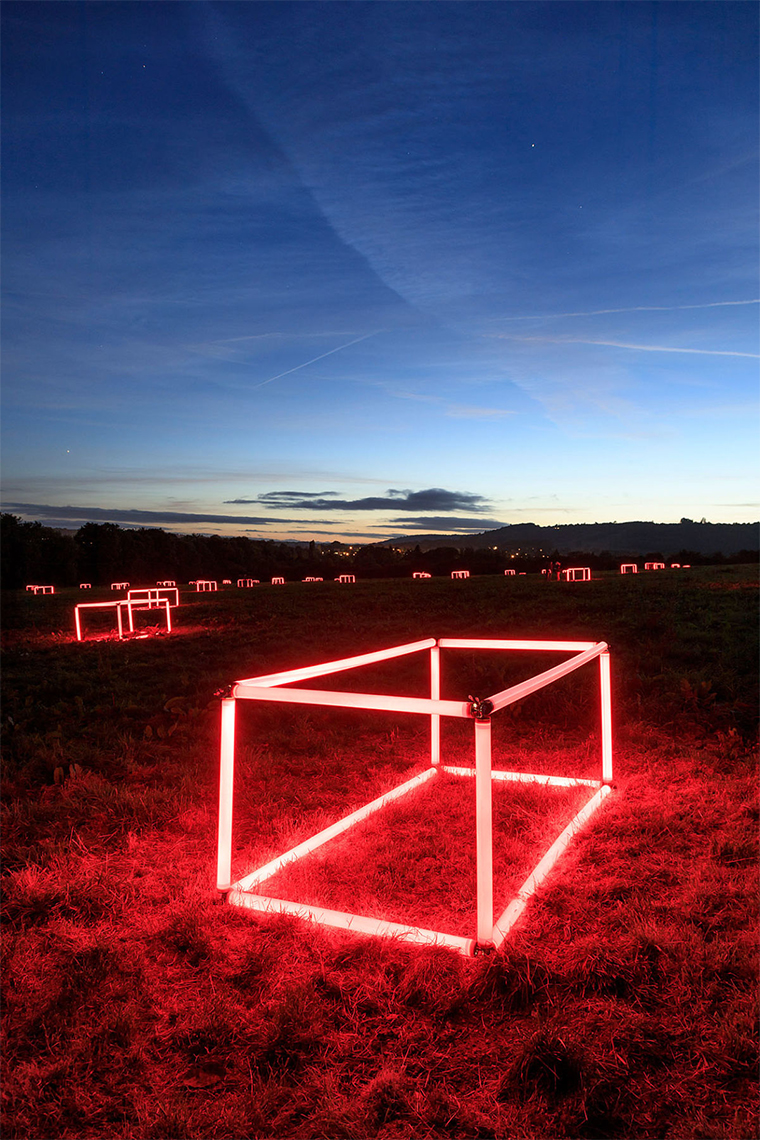 Mary spoke about the need for community and collaboration in order to make her work. It was important to the ‘Harvest’ piece that it was a community effort, conceptually and practically. Mary explored the relationship of the local farming community to the land, the processes and rituals of harvest time and the impact of the changing climate on their work. 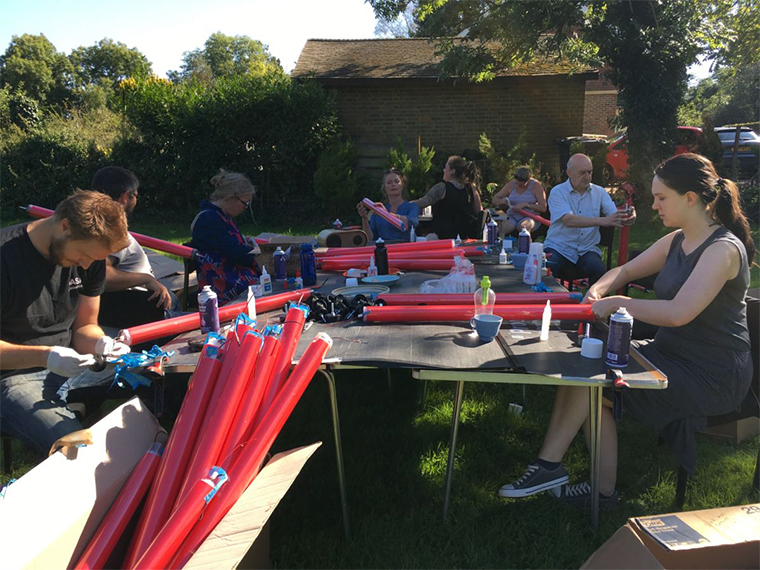 The piece culminated in a community celebration of the landscape at the Box Hill viewpoint under the harvest moon last year.

Dance as a means of enlivening landscape 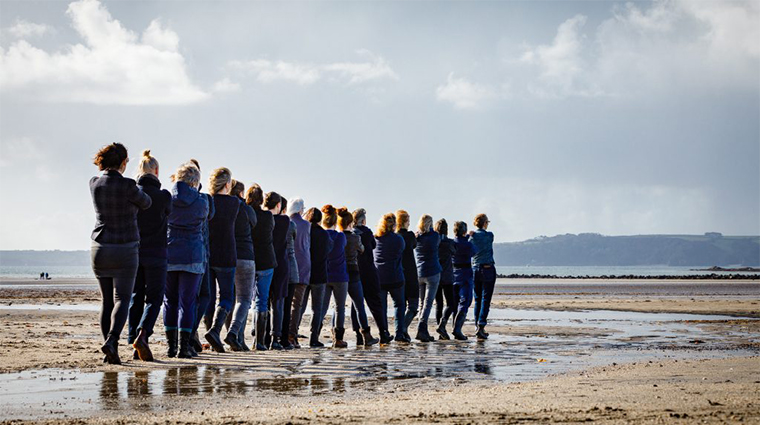 Choreographer and film maker Rosemary Lee’s work is characterised by an interest in creating moving portraiture of the performing communities she brings together, whilst also exploring and highlighting our relationship with the environment, be it urban or rural.

“At the turn of the tide 30 women rhythmically snake their way across the tidal landscape, tracing meandering pathways through the wet sand, their outlines etched against the sea and sky.”

Rosemary visited many of Cornwall’s most beautiful beaches before deciding to work on Par Sands. She chose Par because of its dramatic contrasts – between the industry of Par Docks and the green slopes of Gribbin Head – and because of the exceptional beauty of the tidal expanse, with its glittering deposits of quartz and mica. It is typically frequented by locals and dog-walkers rather than tourists. 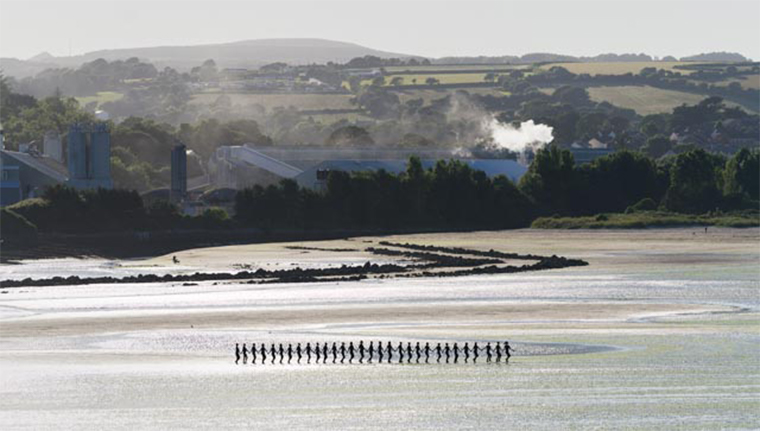 Whilst performances of ‘Passage for Par’ leave no physical trace on the landscape, Rosemary hopes that its presence will linger in the memory and become part of the history of this special place.

Rosemary spoke of her intention to work with women. To create opportunities for women to work together. She described the dancers as groynes; the fence that disrupts water flow. Women making rhythms, slapping on the wet sand.

How can artists have meaningful community engagement without compromising their work?

The afternoon session was a discussion on maintaining artistic integrity whilst collaborating with communities. Leading the conversation was Kara Wescombe-Blackman from Watts Gallery and Artists Village in Surrey, with Mary Branson and artist Russell Jakubowski.

We enjoyed hearing Russell speak about how teaching a group can lead to your own inspiration and discoveries with your craft.

Russell was commissioned to create a seating design for Surrey Hills Inspiring Views project. The resulting piece is a bench made of high grade stainless steel and recycled plastic, inspired by topography and the forms of the rolling countryside. 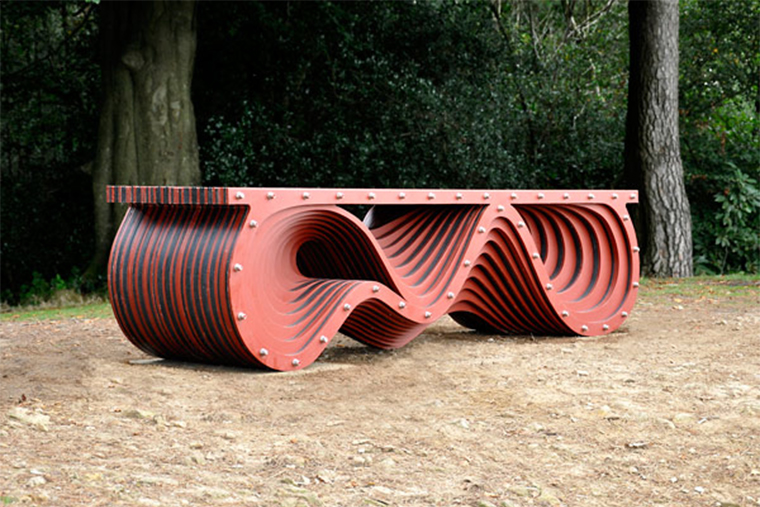 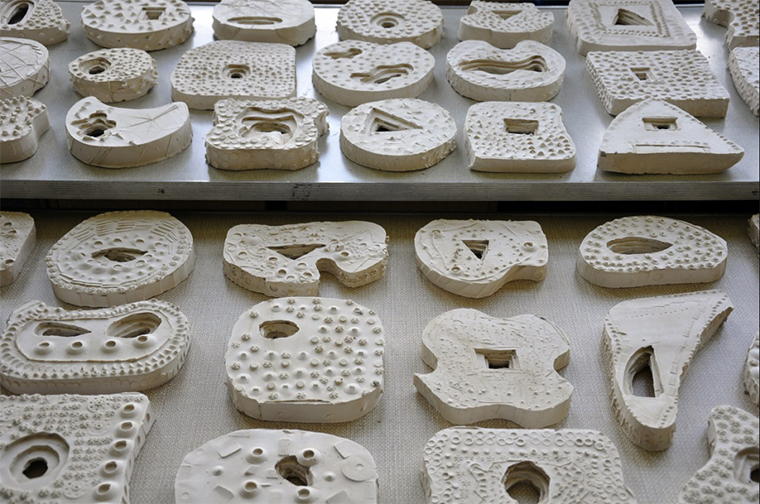 …which in turn then inspired his own sculpture. 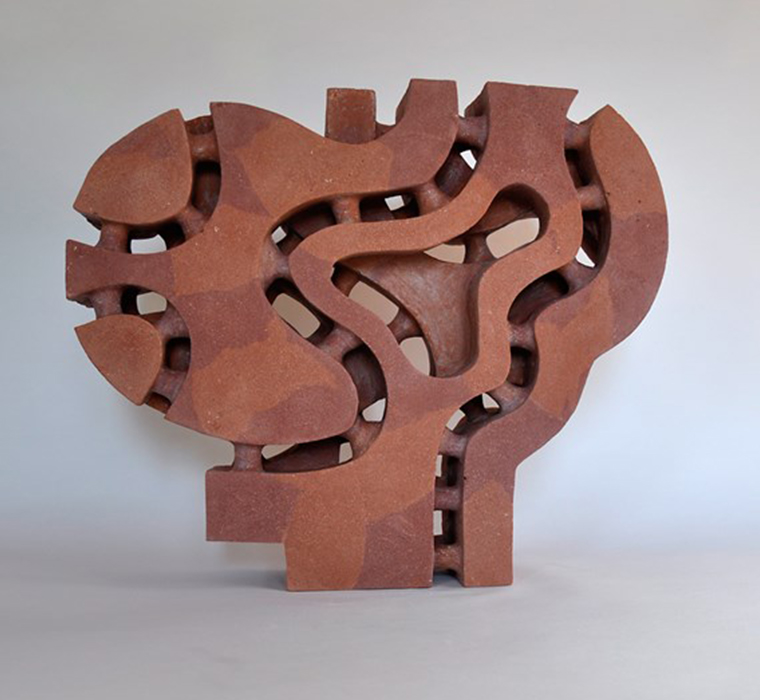 The panel then discussed the work of James Henry Pullen, a fascinating inventor and craftsman who was a long-term resident of the Royal Earlswood Asylum in Redhill.

In 2018 Watts Gallery curated an exhibition celebrating his life and imagination, in collaboration with Disability Arts In Surrey. As part of a season of learning through making at Watts, DAISY invited groups across Surrey to create artwork in response to the fantastical creations of the inventor and craftsman on display in the gallery.

James Henry Pullen’s drawings reached Queen Victoria and Prince Albert, and he even attracted the interest of the Prince of Wales, future king Edward VII. Prince Edward sent him pieces of ivory so he could carve them. Sir Edwin Henry Landseer sent engravings of his paintings to Pullen and his brother Arthur so they could copy them. 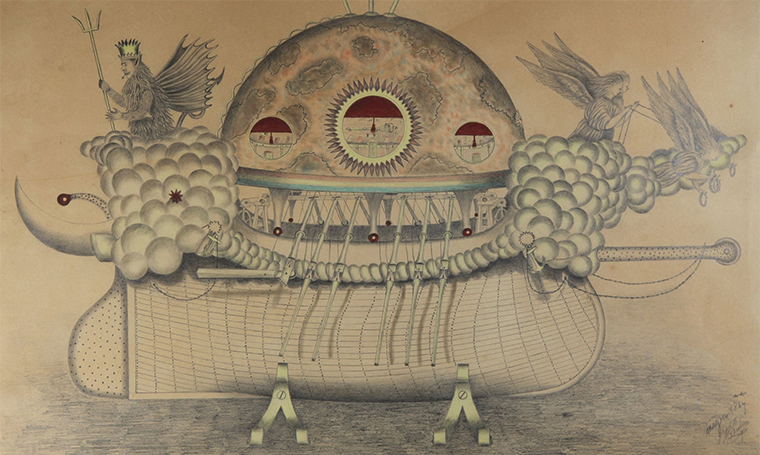 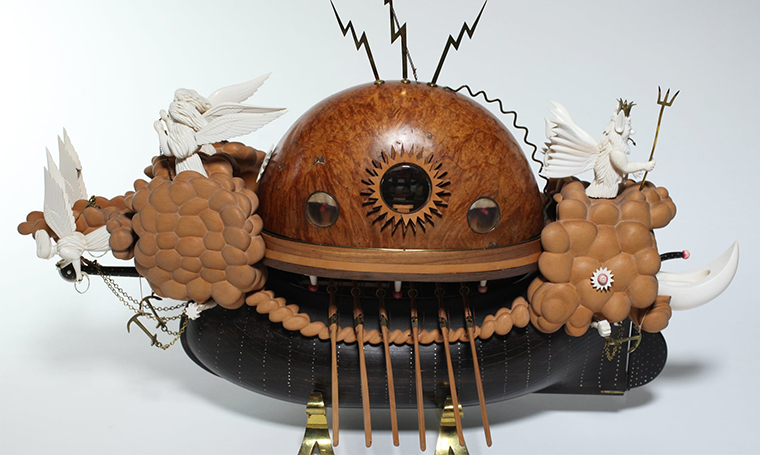 Director of the Restoration Trust, Laura Drysdale, told us about her charity - connecting people with mental problems with heritage and creativity so that their mental health improves. She spoke about walking with intent, and the Trust’s programme of cultural and archaeological walks for mental health, Human Henge. 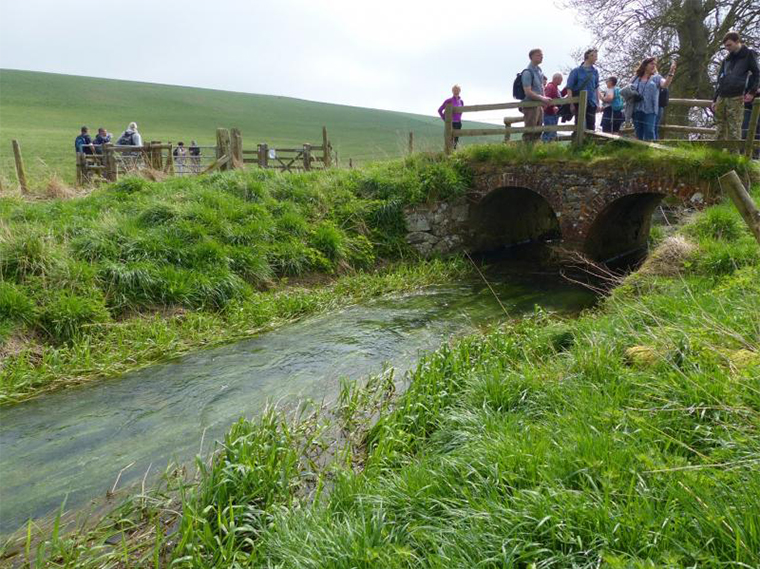 The symposium came to a close with Kate Wood, Co-Artistic Director of Activate, a Dorset-based organisation working with artists and producers from all over Europe to create festivals and performances throughout the county.

“Through a series of interlinked geodesic domes, you can travel through the atmosphere in each separate pod which recreates the air quality, smell and temperature of five major cities – Tautra, London, Beijing, São Paulo and New Delhi.” 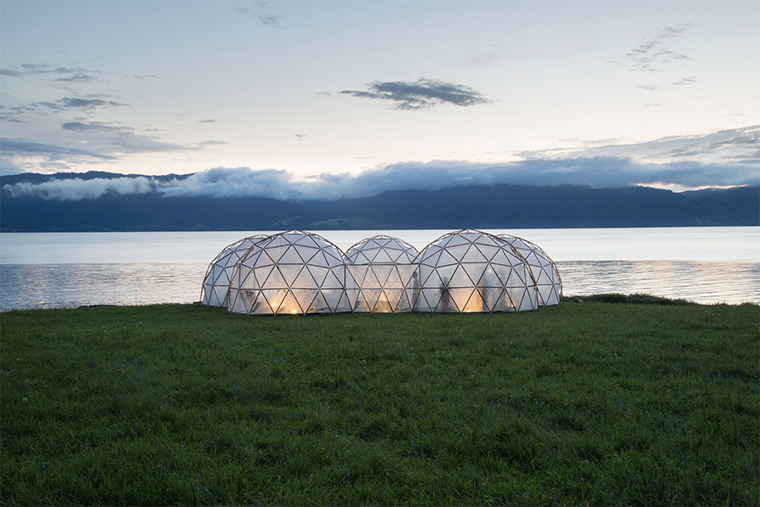 Finally, a poem by Mary Oliver that has been in mind lately due to the coming of autumn. It suits the themes of movement, land and time evoked by the Unearthing Landscapes perfectly.

In the deep fall

don’t you imagine the leaves think how

comfortable it will be to touch

the earth instead of the

nothingness of air and the endless

freshets of wind? And don’t you think

the trees themselves, especially those with mossy,

of the birds that will come — six, a dozen — to sleep

inside their bodies? And don’t you hear

the everlasting being crowned with the first

tuffets of snow? The pond

vanishes, and the white field over which

the fox runs so quickly brings out

its blue shadows. And the wind pumps its

bellows. And at evening especially,

the piled firewood shifts a little,

longing to be on its way.