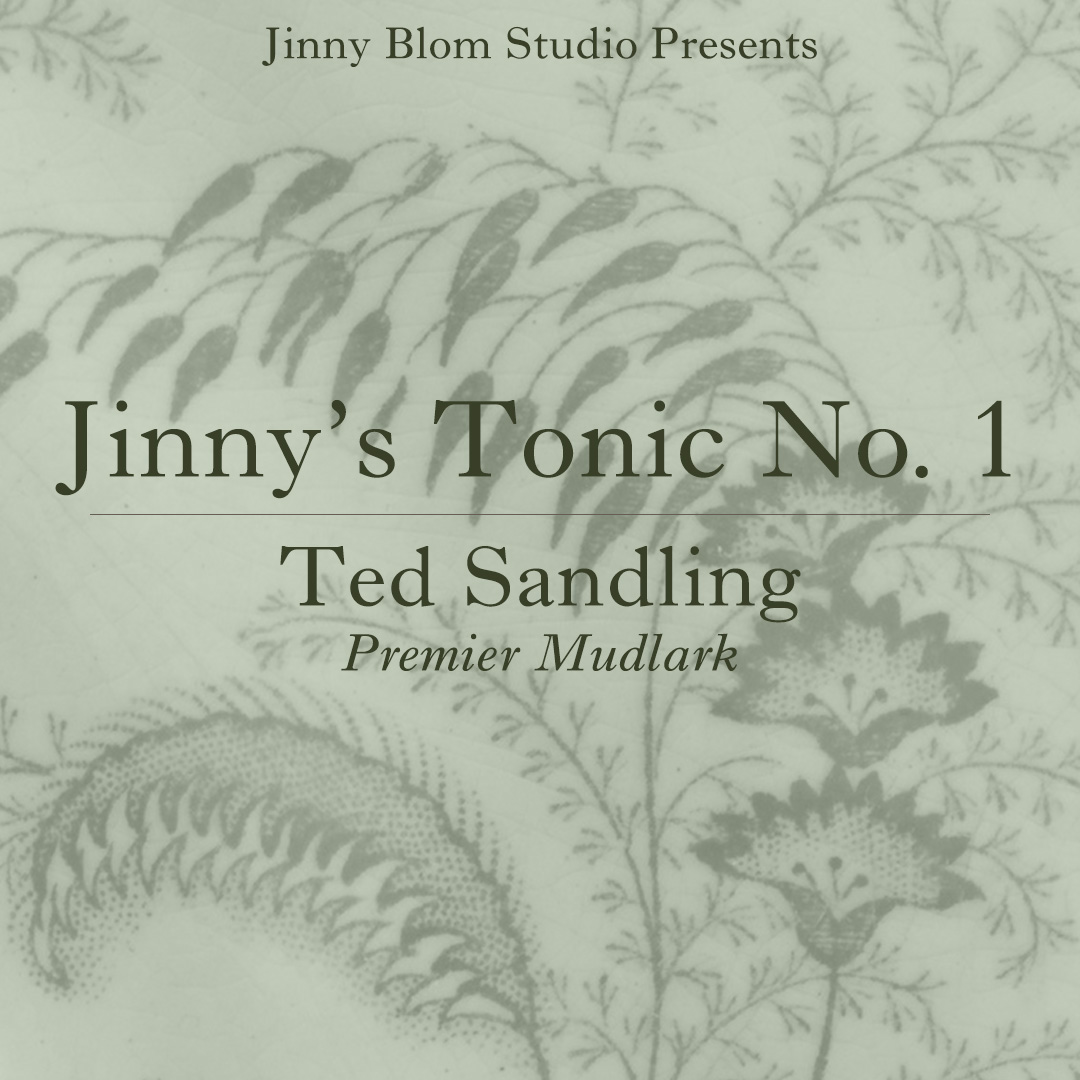 After studying History of Art at the University of Bristol, Ted Sandling became a landscape historian and designer - for a memorable year and a half working with Jinny Blom. He is now programme director of Christie’s Education online courses.

His Evening Standard best-selling book about mudlarking, London in Fragments, was published in 2016. At our first Jinny’s Tonic salon in June, Ted spoke to us about how lost things reveal remarkable stories. 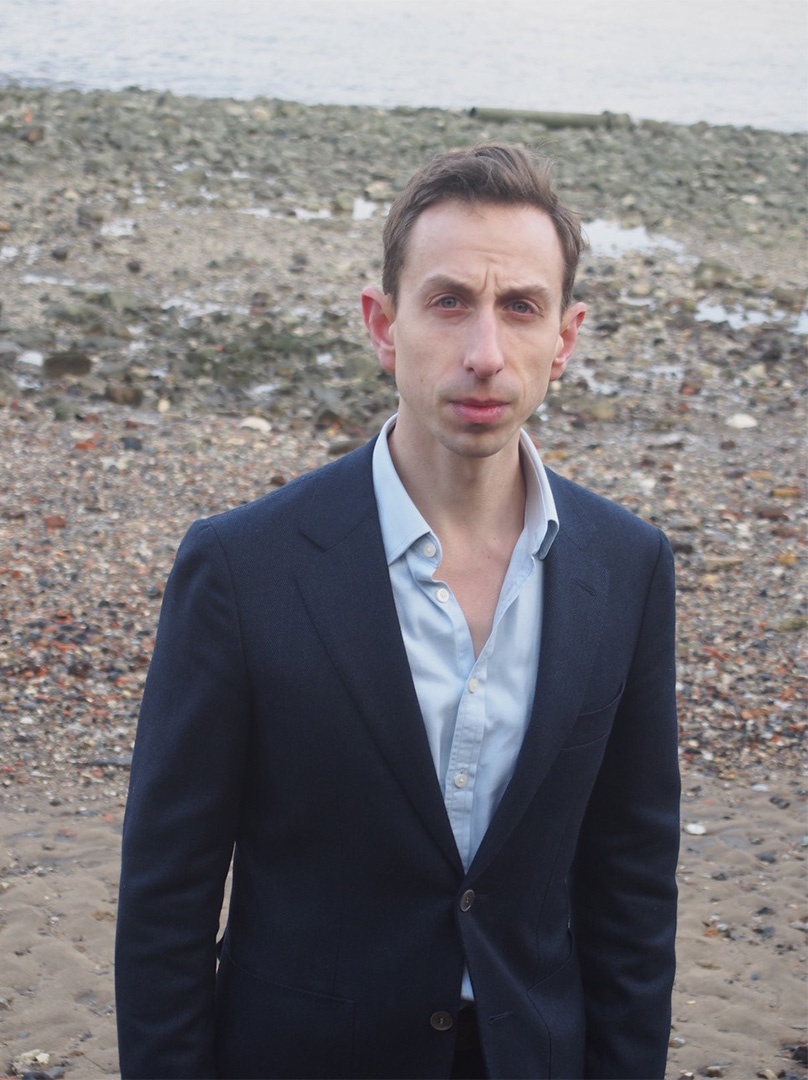 “London changes when you go down to the river bed. The noise and phonetics change. Light changes and long vistas open up… The thrill of being down on the banks and finding an object, is almost like time travelling, knowing that the last person to touch the object could have been centuries ago… The Thames can do that, it can cause confluences of time”

We began our new Tonic series with Ted Sandling, the author of London in Fragments: A Mudlark’s Treasures. This fascinating book celebrates and examines the treasures and trinkets that Ted has found over years of scouring the shores of the River Thames.

“Each piece, whether mundane or extraordinary, tells us something unique about London’s history”, Ted told us with an excited grin. “Mudlarking is about sharing stories. These found objects create historical connections through the barrier of time.”

London’s history is bound to the Thames, and this history is revealed along its banks as the tide ebbs and flows, revealing fragments deposited over centuries. These objects range from the mundane to the extraordinary: ubiquitous pipes and architectural fragments lie buried next to ancient flint tools. 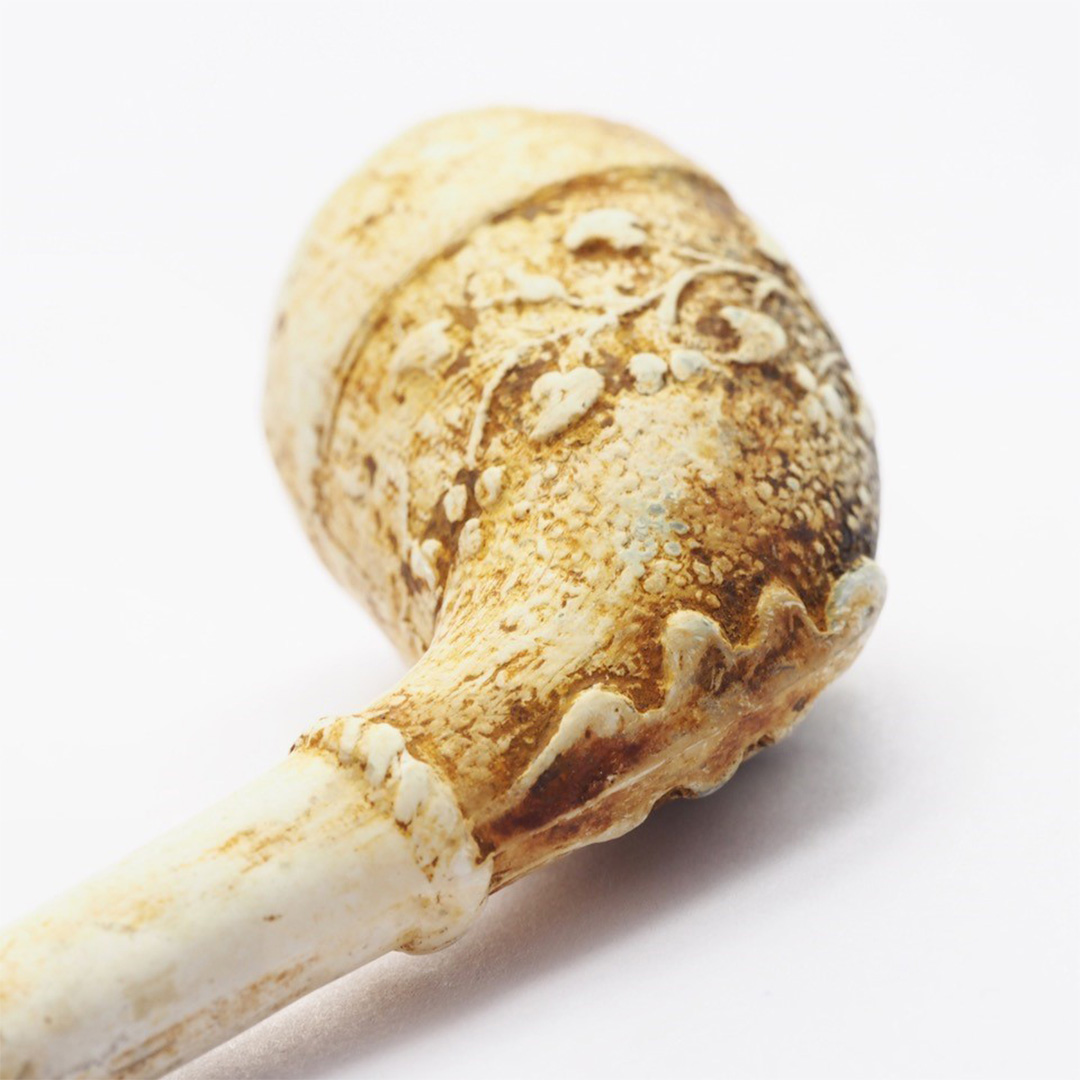 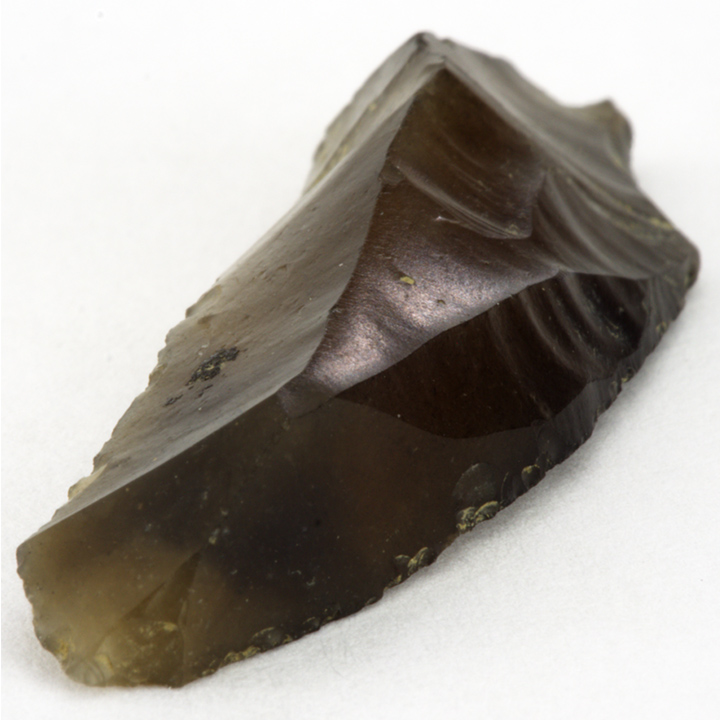 Mudlarking began in the late 18th century, when the South Bank was the location for industries banished from the city: tanneries, timber yards and factories making vinegar, dyes, soap and tallow. Scavengers, often children, searched the shores of the Thames for items to sell. These original mudlarks waded through a stinking landscape of mud flats and marshes. In search of small treasures, they navigated shards of crockery, animal and human remains and rivers of waste. 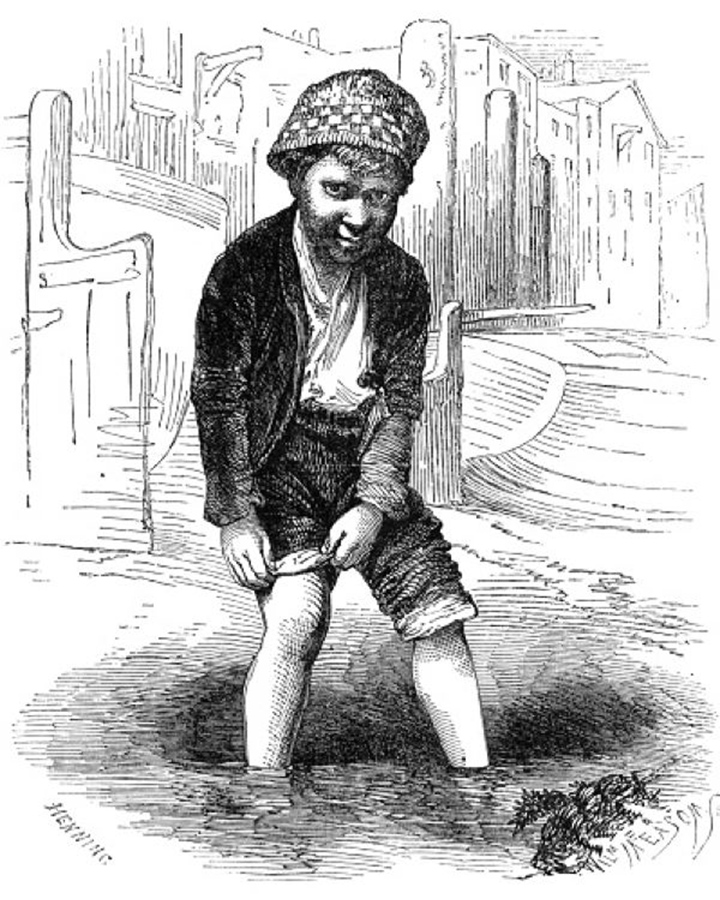 The Mud-lark “half-covered by tattered indescribable things that serve them for clothing; their bodies are grimed with the foul soil of the river”. 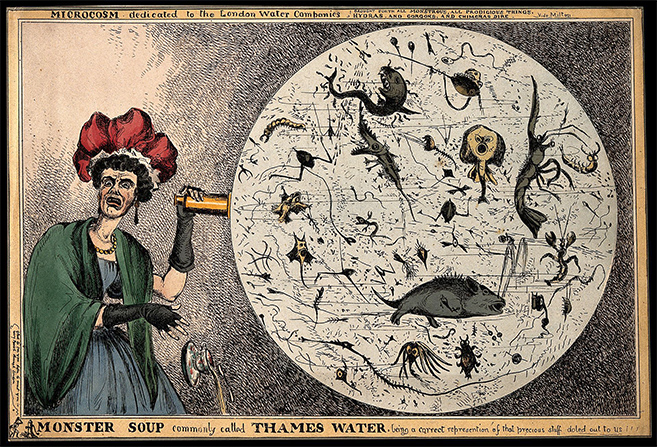 “Monster soup commonly called Thames water, being a correct representation of that precious stuff doled out to us!!!” Satirical cartoon by William Heath.

These days, mudlarking is much different. Objects like clay pipes, once ten-a-penny and casually discarded into the river, are a thrilling and tactile way for historians, archaeologists and hobbyists to connect with the city’s past. It has become increasingly common to see mudlarks stalking the riverbanks, eyes down, methodically fossicking for the proverbial diamond in the rough. 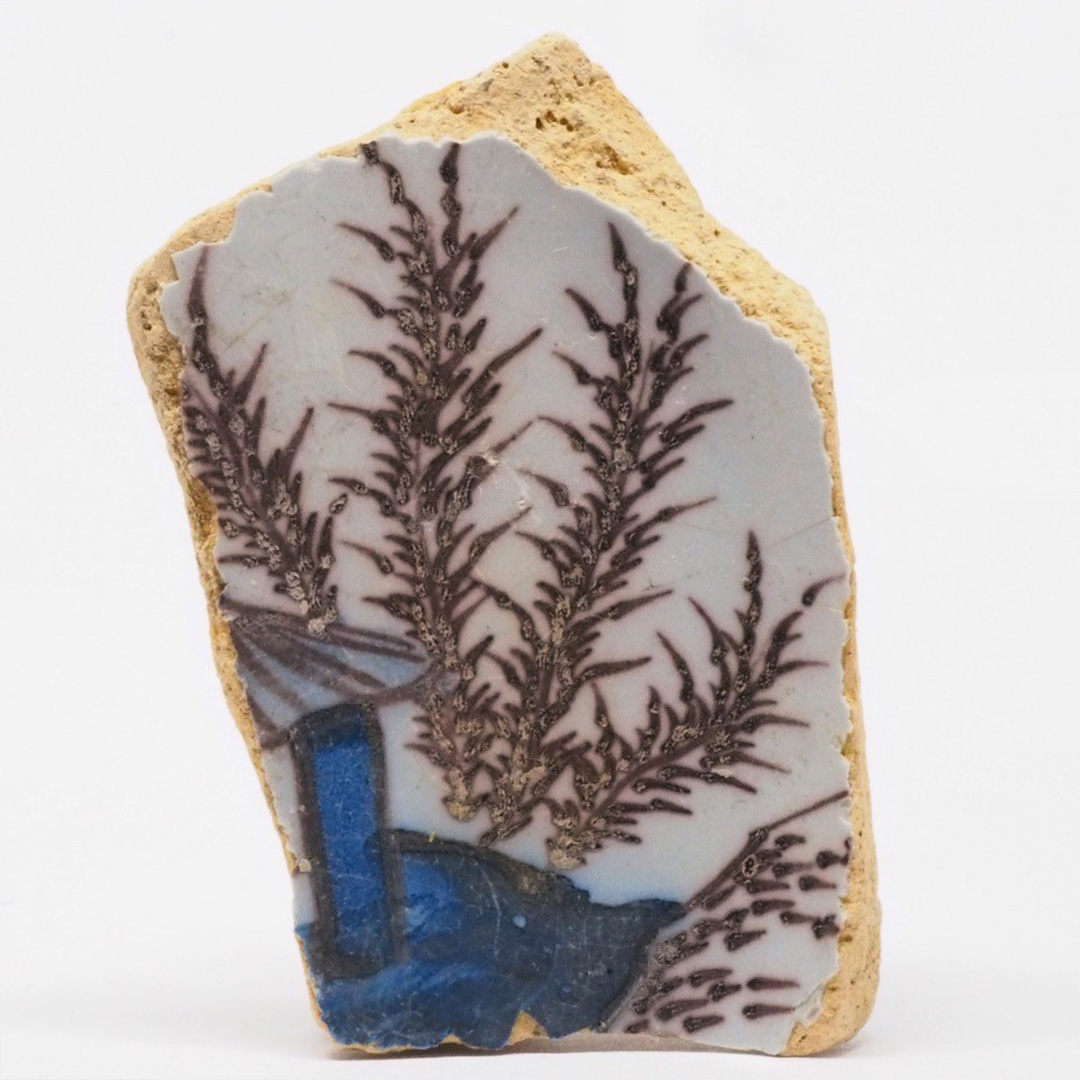 Ted described the unique experience of walking the banks of the Thames: “London changes when you go down to the river bed. The noise and phonetics change. Light changes and long vistas are revealed.” The mudlark quickly learns to train their eye to spot unusual objects.

But mudlarking is more than a treasure-hunt. Unlike metal detectorists, for example, who search for objects of value, mudlarks do not discriminate. Mudlarking is serendipitous, and depends on the ebb and flow of the Thames’ powerful tides. One day the shore could yield a trove of pipe stems; the next, a bent Edwardian pin.

Mudlarking is also distinct from archaeology. The nature of the river is such that the banks have no strata: Roman artefacts flow alongside 20th century debris.

Ted showed us some of his favourite discoveries: 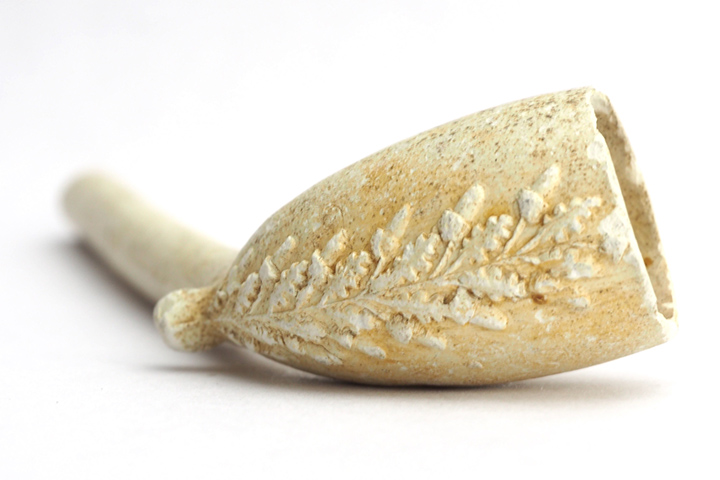 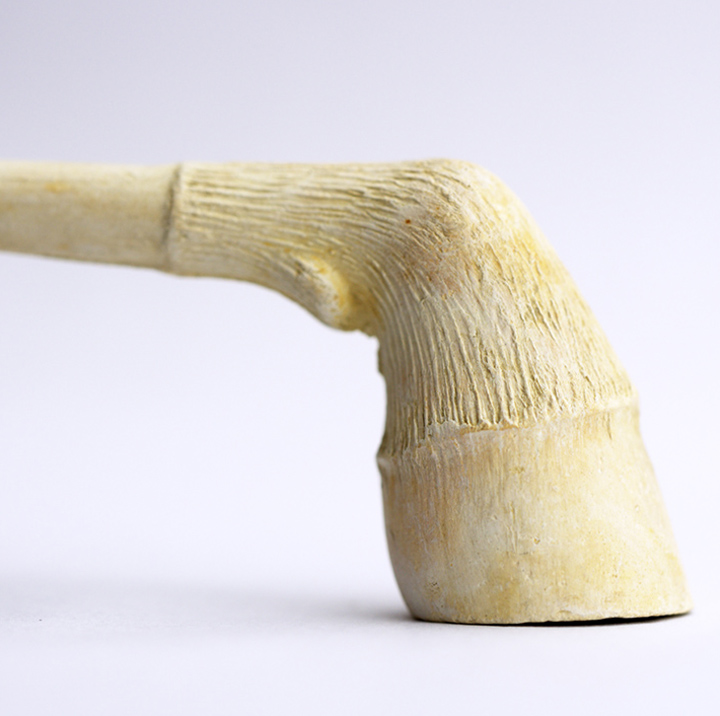 A horse’s hoof pipe. “Stems of pipes easy to spot as they are obviously not part of the natural fabric of the river bed.” 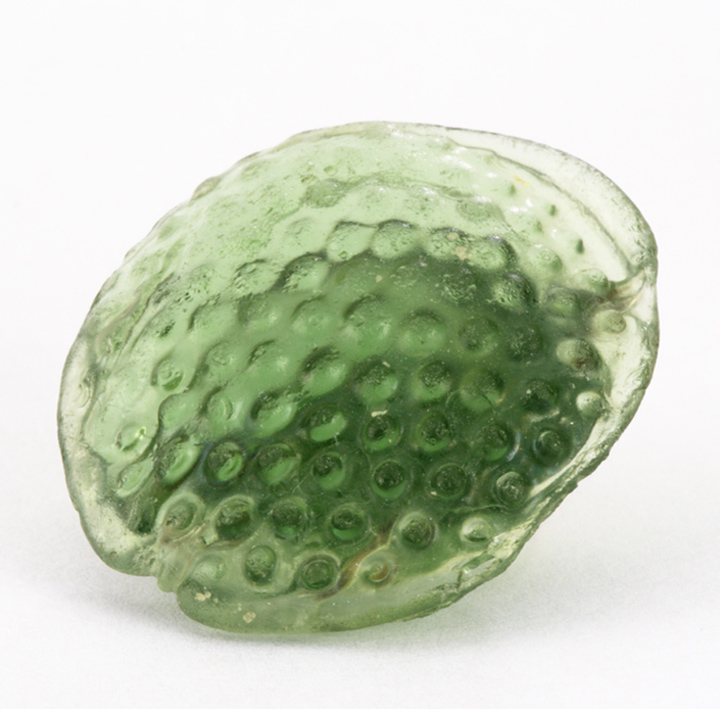 A raspberry prunt – a decorative addition to 16th and 17th Century drinking glasses without handles. If the diner was eating with their hands, prunts would help greasy fingers hold onto their wine! 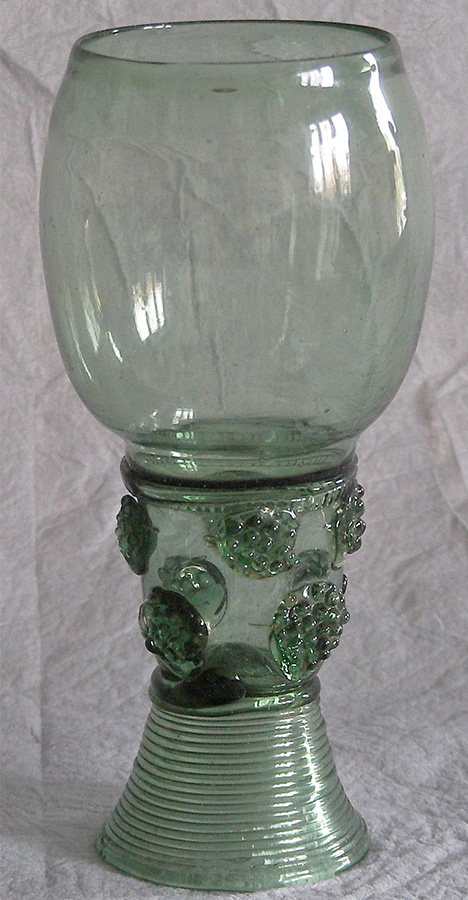 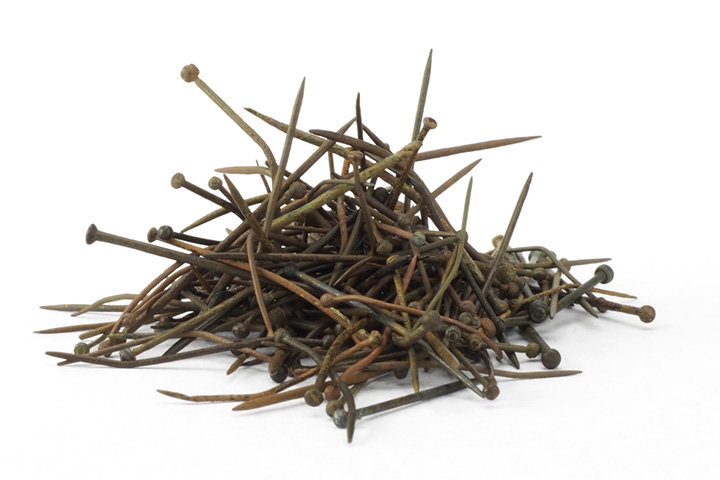 Bent pins from Tudor to Victorian times. “Addictive things to pick out”.

It is thrilling to be down on the banks and find an object – to travel time – knowing that the last time this object was handled might have been 200 years ago. Each found object is a little piece in a jigsaw puzzle that helps us to create a picture of the history of London, mundane and significant, a window into a world long gone.

Are we really what we leave behind?

This fascination with London’s past was very effectively exploited in the late 19th century. The forgers Billy and Charley found a ready market for counterfeit antiques, which they claimed to have found along the banks of the Thames. Although originally made to dupe antique collectors, Billy and Charley’s objects have now accrued their own unique cultural value. 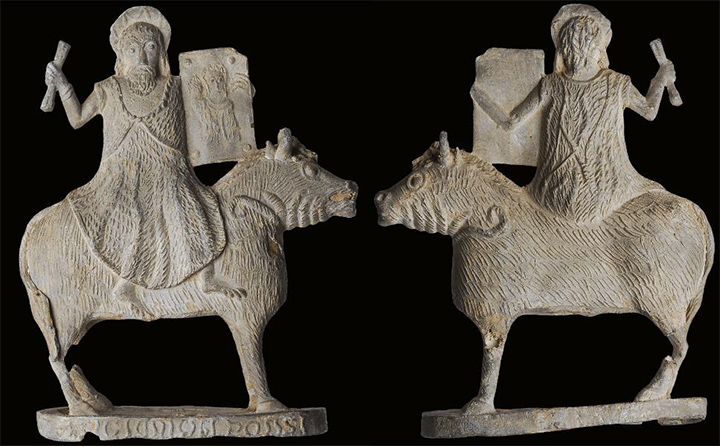 A Billy and Charley replica statue, moulded in lead or brass. Photo courtesy of Museum of London.

Objects we find on the Thames foreshore can give an insight into the activities and the lost streetscapes of old London. Everything from building fragments, bullets, bombs, grenades, wallets, coins, ceramics, false teeth, toys – together they create a mosaic of London life through the centuries.

Do you keep what you find? The ethics of mudlarking

Ted emphasised the importance of responsible mudlarking. Today, mudlarking requires a permit from the Port of London Authority to prevent the complete looting of the river banks. But what makes a ‘responsible’ mudlark? Who should own what is found, and what is its appropriate context? If you don’t pick up an object, it will inevitably return to the river, possibly turning up in another century for a future mudlark to find.

As our world changes, the value and significance of any given object fluctuates. Our relationship to the Thames may not be as immediate as it once was, but this ancient¬ maritime route still holds a profound importance to the city. Mudlarking is a way of exploring our deep connection with the past; there are thousands of years of London’s history waiting to be discovered. As English trade unionist and politician John Burns described in 1929, “the Thames is liquid history”. 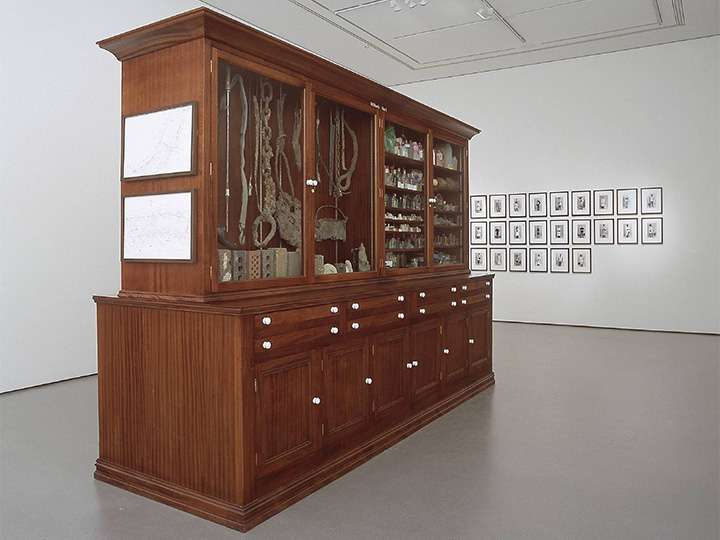 Before the gallery’s opening in 2000, Tate Modern commissioned American artist Mark Dion to create Tate Thames Dig. The aim of Dion and his team of local volunteers was to explore London’s rich history through its material remains, and the new Tate gallery was in a perfect location for bankside mudlarking. The team were simply instructed to pick up any item that drew their attention, ranging from cow bones to oyster shells to plastic toys. The finds were then organised taxonomically, and each accorded with equal status within the wunderkammer.

Dion and his team found an astonishing array of material that told a story of London’s history and our throwaway culture. Just as every person has a story to tell, so does every object.

“Has an object, view or experience ever inspired in you a time slip, or a sudden and intense connection to the past?”

Ted posed this question to our guests, which prompted one woman to recall an experience that she had while walking through Clerkenwell to our studio. Not being a frequent visitor to the area, she had an intense feeling of being transported back to the 1950s. 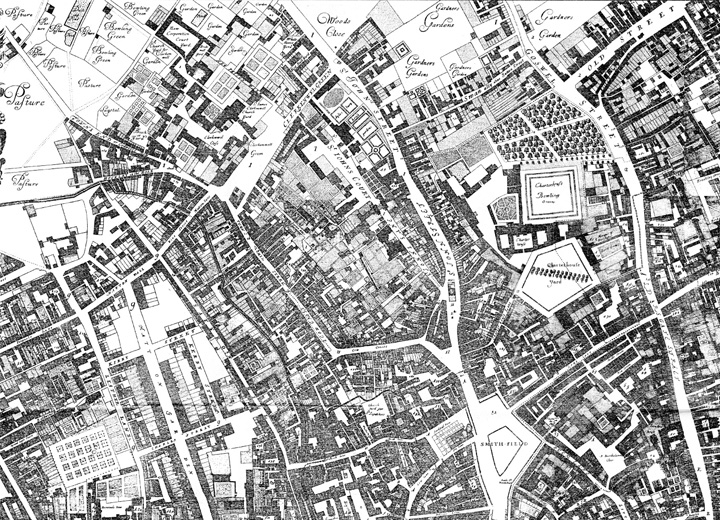 Ogilby and Morgan’s Map of City of London (cropped to show Clerkenwell), 1677.

In the 17th Century, Clerkenwell was known as a spa. The area was designated as a garden. By the 18th Century, the area became a pleasure ground, where people would come for drinks, entertainment and the supposedly health-giving spa waters. Our studio is based on Bowling Green Lane, once the site of a series of bowling greens that date back to this time.

One man’s trash is another man’s treasure

Mudlarking sits within many pursuits that challenge how one perceives the urban landscape – psychogeographical walks, listening tours, metal detecting…but importantly it connects the mudlark to a view of London very few of us experience. As Londoners we may cross the Thames every day on our way to work, but how many of us take the time to get down to the shore at low-tide and appreciate the sounds, the smells? The fact you may also spot a piece of history washed up beneath your feet makes the trip all the more enticing.

A lovesong to the Thames - a song for Tonic No.1 - Ted Sandling on Mudlarking. 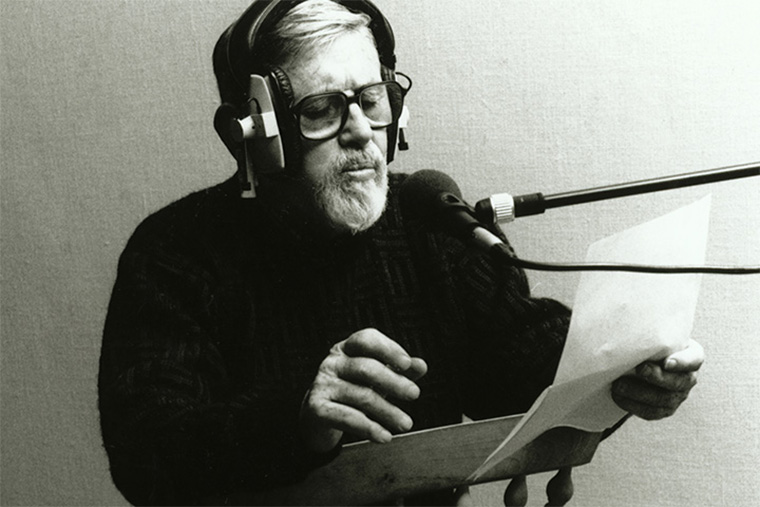